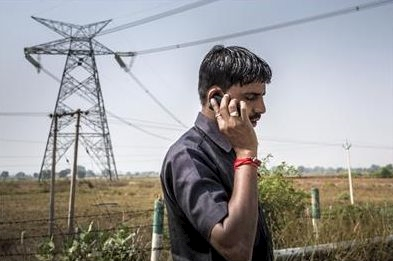 The 1,830 kilometer (km) link will be among the longest in the world.

With a capacity of 6,000 megawatts – the equivalent of more than six large power plants – it will be enough to meet the electricity needs of over 80 million people in India. The two-way link will integrate thermal and wind energy for transmission of power to high consumption centers located thousands of kilometers away, supporting electricity demands in the south, when wind strength is low, and transmitting clean energy to the north, when there is excess wind power.

ABB has an impressive HVDC track record in India, where it introduced the technology over 25 years ago with the Vindhyachal project in 1989. Raigarh-Pugalur is ABB’s sixth HVDC project in India and the second UHVDC installation, following the multi-terminal North-East Agra link, which has been already partially energized and is in the final phase of completion. The turnkey project encompasses design, engineering, supply, installation and commissioning and major equipment supplies include the complete UHVDC stations, including transformers, converter valves, cooling systems, as well as control and protection technology.

UHVDC transmission is a development of HVDC, a technology pioneered by ABB more than 60 years ago. ABB has been awarded about 110 HVDC projects, which represents a total installed capacity of more than 120,000 MW and accounts for around half the global installed base.

HVDC transmission links help to conserve land as they occupy only one third of the space compared to the alternative.

In this case that amounts to a saving of approximately 244 square kilometers of space – around one third the area of Bangalore or the entire city of Kuala Lumpur. The mega project will also feature technologies selected to minimize the footprint of the transmission stations.

The mega project is expected to be completed in 2019.[abb.com]