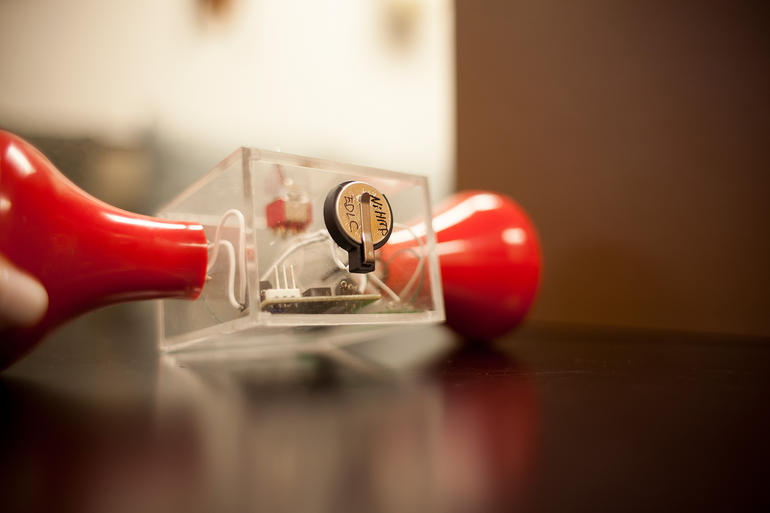 The sponge could be used to create more powerful supercapacitors, an alternative to rechargeable batteries, offering quicker charge and release times but lower capacity. Supercapacitors could be key energy storage devices for the smart grid and electric vehicles.

MIT’s researchers have developed the first example of a class of materials called “metal-organic frameworks” (MOF), which are electrically conductive, opening up the possibility for more durable and higher-performance supercapacitors thanks to this material’s relatively high surface area.

“All double-layer supercapacitors today are made from carbon,” said Mircea Dincă, an MIT associate professor of chemistry and one of authors of a new paper detailing the discovery.

“They use carbon nanotubes, graphene, activated carbon, all shapes and forms, but nothing else besides carbon. So this is the first non-carbon, electrical double-layer supercapacitor.”

The material could be superior to carbon-based conductors because of its higher surface area, which defines a supercapacitor’s performance.

According to Dincă, unravelling just one gram of this sponge could cover an entire American football field, which is about about 5,317 square meters. One gram of activated carbon, also a spongey material, has a surface area of 3,000 square meters.Research into MOFs isn’t new. However, much of it has looked to exploit the large surface area for tasks such as gas capture. As Dincă explains, people thought MOFs’ large surface area made it incompatible with electric conductivity.

“This is sort of intuitive because if you think about it, if you have a really, really good sponge, it’s full of air. How do you transport electricity through air? There’s not an obvious answer to that,” said Dincă.

“But because these materials are tunable, and we are actually able to engineer them at an atomic level, we can impart these new properties. And that’s very exciting.”

The researchers believe the material could be used in grid-scale storage, electric vehicles and other applications. According to early tests, the research say this material outperforms carbon in the number of charge-discharge cycles it can withstand.

Tests using devices that weren’t optimized showed they lost 10 percent of their performance after 10,000 cycles, making it already comparable to existing commercial supercapacitors. However, Dincă believes the materials can be tuned to outperform commercial capacitors.

“We have a new material to work with, and we haven’t optimized it at all,” he said. “It’s completely tunable, and that’s what’s exciting.”

However, the question of cost still needs to be answered. Carbon is cheap, but not so friendly to produce.

MOFs on the other hand are potentially cheap to produce, but whether they will be compelling replacement to carbon depends on the performance gains they can deliver.

According to Alexandru Vlad, a professor of chemistry at the Catholic University of Louvain in Belgium, who was not involved in this research, Dinca’s work is the tip of the iceberg for MOFs as a carbon replacement.

“With carbons we know pretty much everything, and the developments over the past years were modest and slow. But the MOF used by Dinca is one of the lowest-surface-area MOFs known, and some of these materials can reach up to three times more [surface area] than carbons,” Vlad said.

“The capacity would then be astonishingly high, probably close to that of batteries, but with the power-performance [the ability to deliver high power output] of supercapacitors.” [zdnet.com]